Can you eat fish on a vegan diet? 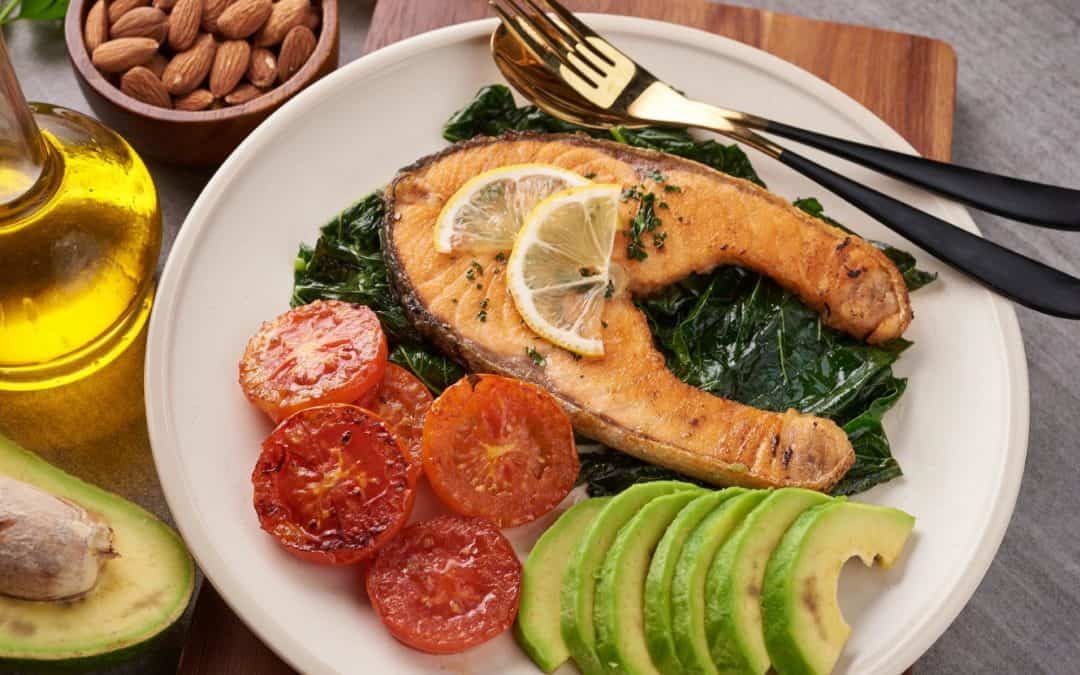 Can you eat fish on a vegan diet?

What exactly is Veganism? And what can you eat as a vegan?

Veganism has increasingly become popular, headlined by celebrities in the past few years. A-listers like Natalie Portman, Ariana Grande, Ellen DeGeneres, and Woody Harrelson have gone vegan, and stores offering vegan products have sprouted everywhere like mushrooms in a thunderstorm.

Despite all that, there’s still a lot of people curious about what the diet is all about, and most importantly, what their options are. Becoming vegan can be easy for some people, some struggle to keep the commitment. Some go full-on vegan when they decided to be one, others take the challenge slowly by going vegetarian at first and then slowly omitting eggs and dairy until they eventually become 100% vegan.

In 1944, a group of vegetarians from England decided to break away from the Leicester Vegetarian Society and coined the term “vegan”. The term came from the combination of the first three letters and the last two of the word “vegetarian’.

Little did they know that this absolutely healthy and cruelty-free diet will be a lifestyle many people from the 21st century will follow. A lifestyle that is not only good for the body and overall health of a person, but is also considered humane to the environment and nature due to the fact that this plant-based diet makes its followers abstain from consuming animal products completely, may it be food, clothing, and other things that have something to do with animal cruelty and exploitation.

So what do vegans eat?

Veganism is a plant-based diet that excludes all animal-derived products like meat and poultry, they also avoid animal products like eggs, dairy, and other ingredients of animal origin. The followers of veganism are referred to as vegans, and we can safely assume that the question they are mostly asked about all the time is what they eat since they don’t consume animal-based products.

A vegan diet consists of vegetables, fruits, grains, beans, and legumes, and an endless number of selections they can make out of those ingredients.

The internet also has countless vegan recipes like watermelon steaks, chicken tenders from jackfruit meat, battered squash, mushroom tempura, and bacon from carrots.  The sky is the limit here, really.

Vegan restaurants also offer vegan versions of foods like veggie burgers, vegan hot dogs, vegan pasta, and vegan ice cream. Vegan products are also offered in stores everywhere, from non-dairy yogurt and cheeses to vegan mayonnaise and even ready-to-cook vegan meatballs. There are also a lot of foods that are associated with vegans and veganism, such as tofu, hemp tofu which is 100% made from hemp seeds, nutritional yeast, soy milk, and all the other non-dairy milk substitute such as almond milk. You see, going vegan doesn’t necessarily mean you have to forget about all those foods you used to enjoy before you changed your diet, there will always be a vegan version of your favorite foods.

The answer is NO. Definitely not.

As aforementioned, vegans adhere strictly to a plant-based diet and abstain from eating any types of meat or animal products, this includes fish and shellfish. Veganism also excludes foods derived from animals such as dairy products, gelatin, and honey. Vegans also void refined white sugar for it is processed using animal products.

Now, this question of whether vegans can eat fish is probably from confusion between veganism and another type of plant-based diet that allows the consumption of some types of fish, the Pescetarianism.

Pescatarians, referred to as the followers of the Pescetarianism diet, add fish, shellfish, and other types of seafood to their plant-based diet to get the heart-healthy Omega-3 benefit of a fish apart from the health benefits one can get from a plant-based diet.

Pescetarianism is a plant-based diet in which, like veganism, includes grains and legumes, nuts, fruits, and vegetables, but with the addition of seafood as the main source of protein. Some pescatarians also consume eggs and dairy aside from fish, and they are called Lacto-Ovo vegetarians.

Apart from protein and omega-3, seafood, especially fish, are highly nutritious and an excellent source of iodine, selenium, and vitamin B12.

Even though some types of plant-based diets may allow seafood such as fish and bivalves like scallops, oysters, and mussels, veganism would still exclude these for ethical, health, and personal reasons thus putting the decision on your personal preferences and beliefs whether you should include seafood as part of your plant-based diet.

Vegans generally opt into a humane society. A society where all creatures, big and small, are entitled to a right to live and freedom. Vegans believe that there are other alternatives to everything animals provide for consumption. They believe that there is no reason to end a conscious being’s life to get their meat or to consume its milk, or even to wear its skin when we can find alternative options from plants anyway. Vegans are also against having animals go through and endure physical and psychological stress from modern farming techniques of extracting animal products.

For instance, the cages where livestock are kept and rarely leave from birth to being slaughtered are deemed deplorable by ethical vegans.

Another instance ethical vegans consider to be unacceptable is the farming industry’s practice of killing male chicks by grinding them off to ensure that female chicks are prioritized for they are the ones that lay eggs, a practice that is rampantly done by the egg industry. The force-feeding of ducks and geese to fatten their liver, known as gavage, causing the birds an extremely painful disease that is called hepatic lipidosis, is also considered inhumane and cruel by vegans, and this practice is on the foie gras market. This cruel and inhumane practice that is ignored, and mostly done by the food industry itself, always lead the ethical vegans to demonstrate their opposition through protests, awareness education, and ultimately choosing products that have no involvement in animal cruelty.

© 2016-2021 by DietFind.com, a LIVenture LLC.
All rights reserved. No part of this document may be reproduced or transmitted in any form or by any means,
electronic, mechanical, photocopying, recording, or otherwise, without prior written permission of LIVentures LLC.